Web Hosting to meet your needs

From shared hosting through VPS to Cloud and Dedicated we can provide it. Read more about web hosting solutions. 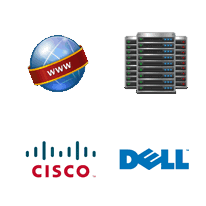 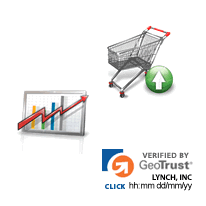 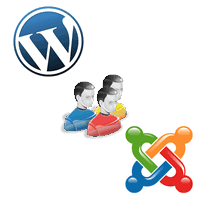 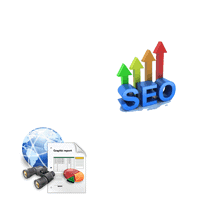 What is a QR code?

0 Comments
‘QR’ is an abbreviation for ‘Quick Response’. QR codes are becoming increasingly common with the growing uptake of smart phones. They originated... Read More →

0 Comments
These are my most used short cut key codes.  I hope you find them helpful. Hold down Ctrl key and... Read More →
Who we are

Kanyo was established in 2004 and has worked in partnership with both Public Sector and Private Sector clients. We have created everything from large database solutions for a Local Authority through to websites in the NHS and Event Management solutions for Scottish Enterprise. More recently, though, we have concentrated on our consultancy services, training, hosting and search engine optimisation.

Excellent customer service, value for money and quality product. Our aim is to help you gain control of your website and help you grow your business.

Testimonial
The WordPress course provided by Kanyo and Falkirk for Business is an excellent choice for new and small businesses. I found the WordPress admin interface easy to use, giving me the confidence to add more content and features, and maintain it by myself. A fair amount of time is spent focussing on search engine friendly features, Google Analytics and links to social networking, making it well suited to promoting products and services. With the easy to follow step-by-step instruction, you can have a functioning website by the end of the first day. The content is up to you!

Testimonial
We attended the WordPress Course run by Kanyo and Falkirk for Business and found it very helpful. Within two days we had created a fully functioning website for a new business with all content and design chosen and personalised by us. Colin’s expertise and advice has helped us create a website we are very proud of and find easy to maintain and keep looking fresh. We would highly recommend this course for anyone thinking of designing and maintaining their own website.

Testimonial
I found the course to be extremely worthwhile. Starting with no knowledge of WordPress or websites I had a fully functioning website, complete with images and shopping cart, by the end of the course. We now have a website that we have full control of and to which we can make instant changes. I would thoroughly recommend this course to anyone looking to design and maintain their own site.

.com or .co.uk?
It seems that search engines do not favour one over the other, so simple rule of thumb, if trading locally in UK then go for .co.uk if looking to trade internationally then aim for the .com.

You can purchase multiple domain names and have them pointing to the same website. You may want to protect the names from competitors.

Try to include your key service or product in the domain name.

Avoid multiple hypens in the domain name this is seen as a being spammy.

Use Keyword research to find those with latent search traffic.

Try to keep the name short and simple to spell.

Consider an expired name, these can work well as an aged domain has more authority for search ranking, just ensure it was not used for spammy uses previously.

There are no longer certificates of ownership, you are only leasing the domain as such.

Buy your domain if available before someone else, do not hesitate, as good names are hard to find.

This is the most common web hosting and also the cheapest. Essentially there is one physical machine that will have multiple websites on it, this keeps your costs down but is does mean the resources of the machine are shared with all the other websites. It also means that if one of these other sites gets hacked then there could be an impact on the server performance.

VPS is the next step up from shared web hosting, where your site is more demanding and require a greater performance in terms of speed and control. The costs are still reasonable and you have a dedicated resource of the web server, this means your web site will load faster and less risk of others web sites on the shared server causing problems which would have previously led to a reboot.

Hybrid server bridges the gap between VPS and dedicated servers, a Hybrid Server is an affordable and powerful hosting solution suitable for a wide range of applications.  A Hybrid Server is a virtual server with guaranteed RAM, dedicated hard disks and your own dedicated 100Mbps network connection for impressive all-round performance.  A virtual server comprises of one physical webserver but with separate areas each with it’s own operating system and set of resource.

This is where you have one physical webserver that is specifically for your own needs and responsibly lies with you. You many need this if your site is very busy, or you want to keep it separate from other sites or you may have a number of your own sites which you wish to keep together on the one webserver. Security and data may be another reason for this. This would typically be the most expensive option.

This is becoming a very popular option for many now and one that is very flexible. We can offer a few options, again it depends upon your requirements. Often cloud hosting is based on the data transfer rates and automatically scales to cope with peak traffic demands on your site. For example, your site normally only requires one webserver but you have a countdown launch of a new iphone, as the deadline approaches and for the first few hours after the site would scale to a second webserver when demand reaches a certain set point. It might then scale further to four or even eight or more webservers before gradually coming back down again as the peak interest fades. This scaling is done automatically and you are only charged for the data transfer.

Other web hosting points to consider

Unlike what we use on desktops where a windows based computer is the norm, the web is the opposite with around 70-80% using Linux based operating systems. Linux machines tend to be more secure and less prone to hacks, fast, reliable and free OS. The most common solution which works very well is often referred to as LAMP (Linux – operating system, Apache – webserver software, Mysql – database and PHP – scripting language). The main reason this combination is so dominant online is the cost or lack of particularly the Mysql database.

Please note if you have a Windows PC there are no compatibility issues for your email or viewing webpages if you have you website on a Linux webserver.

A database is core to most websites, although many people do not realise, a content managed site or shopping cart will use a database to store all the content, it is actually the database you update when making changes to the site.  There are pros and cons to the various database options available.  Probably the two most common are MySql and MsSql, both are powerful and refined but having no license fees the MySql database generally dominates and  works very well with the other open source products.

Copyright 2018 Kanyo Ltd
All rights reserved.
Back to Top
Enter your Infotext or Widgets here...